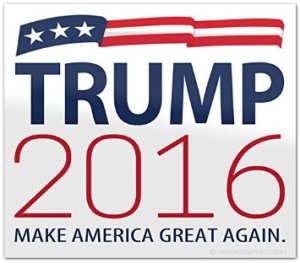 With Trump’s “Make America Great Again” rhetoric, I want to ask you all:

When America was great?

I want to know what time in history we are planning a returning to.

I have tried to explain that white people don’t own America, and yet, they still seem to persist in telling me that this country used to be great and it is not great now.

This seems to make one thing very obvious:

To the white people supporting Trump, this country was great when white people didn’t have to share their privilege with everyone else.

We certainly don’t have equality yet. Look at Congress. Just look at them! Do they look like they represent the demographics of the United States? Of course not!

And that’s the truth of it.

That is the heart of the problem.

America was never great. It had always been a country full of struggling and oppressed minorities.

And it won’t be great until that is no longer the case.

We should make America great.

So that’s what I want: Let’s make America great! (For the first time ever.)

We can do it. Vote Jill Stein in November!