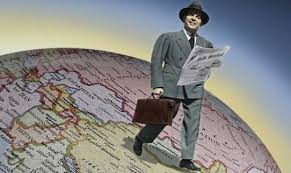 I don’t like the term “Expat.” I had never even heard it until I moved here. When I first heard it, I thought it meant people who had permanently left their countries.

But no, we already have a word for them.

They are called immigrants.

The thing is, when I moved here it was for the work. It was because the cost of living in the USA is high, and the wages are low. I was tired of being poor, and I was tired of struggling. I wanted an easier life.

And yet, being called an “Expatriate” seemed so horribly unfair to me. I am not “ex” anything. I am still very much American. Ask anyone who has shushed me at a pub because Americans are so loud. And of course there are the folks who get mad when I talk with hyperbole. Example: “Oh my god guys, this is the best BBQ ever!” And then they go on about how Americans always use grandiose language to describe things, and how it might be “quite good,” but it is not “the best ever.”

So, if I am still American enough to annoy my friends, then how am I an “ex” anything? Aren’t I very obviously still an American; albeit one who lives overseas? My passport says “United States” on it and I haven’t given up my citizenship or my tribal membership. (I am Blackfoot.) 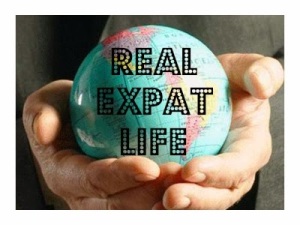 However, there is a term for us. We are the carpetbaggers of the 21st century. We leave our countries behind, and so I guess we are “exes” in some ways.

A lot of people ask me how different it is or what it is like, so I guess I will go over a few quick points.

Safety: I am very safe here. There are not shootings or muggings all the time like in the USA. Here, businesses leave things outside overnight and no one steals them. Men drink too much and pass out in doorways, and no one bothers them. Women walk home late at night without fear. In fact, South Korea is considered to be one of the safest countries in the world.

There are not police officers everywhere to “keep the peace.” It’s not in any way a police state, nor does it feel like one. We actually have more freedom than Americans do. I can drink in a park. I can pass out on a bench. I can go around at all hours in any neighborhood without fear. I can leave my bag on a table and go up to the counter to buy a drink. I can leave my door unlocked.

It took some getting used to. At first I was always the one who was like “Guys are you sure you should be carrying that much cash?” Or, “I don’t know, there’s no street lights. Maybe we should go a different way.” When anyone left anything sitting on a table while they went to do something I was always the one to say “What about your bag?”

Everyone called me paranoid, but I am not paranoid. I am just American. And I have learned that being American actually means living in a constant state of fear and paranoia over one’s person and one’s possessions. That’s too bad, and I wish it wasn’t true. But I have had to relax a lot to fit in here. 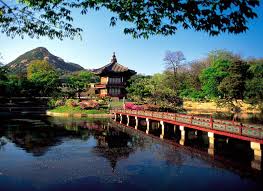 Culture: Everything is different here. Yes, I mean the obvious things like the language and the people. But I also mean the not-so-obvious things.

On the Fourth of July, a few people made a token effort to say “Happy Birthday to your country” if they remembered. But, for them, it was just another Monday. There were no BBQs, no fireworks, and no flags everywhere. On Thanksgiving, I could’t find a turkey (I know I shouldn’t celebrate Thanksgiving since I am Native American, but look, I am half white and it was my mom’s favorite holiday.) All the holidays that have ever mattered to me are just dates that pass by here unnoticed.

Meanwhile, there are Korean holidays that they take very seriously. I might feel silly saying “Happy Chuseok,” but it’s one of the most important National Holidays here, and it means a day off work and sympathy from all my co-workers that I have no family to spend Chuseok with.

In one of my classes I tried to relate to my students by saying “You know, like when you beg your parents to let you stay up late.” But of course, it fell flat because here the parents keep them awake to go to Hagwon and finish their homework. Korean children desperately want to go to bed early.

Then there’s things like Starcraft being the national sport. I mean, you think that’s a joke, but it’s not a joke here at all. They have professional players who get corporate sponsorship and make a lot of money, just like Basketball players in the USA. It’s a legitimate career goal to have. There are entire TV channels just related to Starcraft, and children have to put into passwords to get online so the government can track their hours and make sure they don’t have “internet addiction.”

There are similarities I didn’t expect, like how there is a MacDonald’s and a 7 Eleven on every corner just like in the USA. But there are differences that I didn’t think of too, like how kids have hedgehogs instead of hamsters as pets. (This is actually brilliant because it teaches the children patience. You can “love a hamster to death” but not a hedgehog. A hedgehog will fuck you up if you’re not nice to it.)

And yes, some people do eat dog. But it’s really rare, is a special breed that is farmed as food, and is a cultural practice that has been going on for thousands of years. (I wish people would stop fucking asking me about Koreans eating dog. Jesus. They do not eat German Shepards or Poodles, okay?) 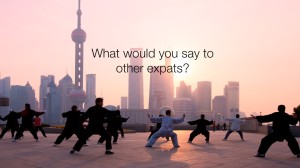 Exercise: I didn’t realize that I came from a country of fat, lazy slobs. I just didn’t know any better. I am so used to sugary drinks and diet fads, that my entire perspective on fitness and health in general was all wrong when I got here.

First, the portions are way smaller. That’s actually really nice, because you don’t overeat and hate yourself later, or feel guilty about throwing away food. With soda it’s good, because I remember cracking a can of soda in the US and being sick of it about halfway through. I would finish it, but with the grim determination of someone who didn’t waste things, and who was taught to finish what they start. But I didn’t want that much soda. And I didn’t want to “upsize” my meal. I wanted smaller portions without ever really realizing it consciously, and it wasn’t until I got here and was introduced to reasonable portion sizes that I realized what was going on.

Second, people just naturally watch what they eat. Dairy is actually really bad for people, in spite of the weird milk push in the USA. It all has to do with the US government having a history of subsidizing dairy farming, but that’s not the point. The point is, the stuff is bad for you and it’s not in 90% of things here. Even in “American” food, they often substitute boiled tofu for cheese and it’s just fine. But it’s more than that. Kids know that you don’t need meat with every meal, and that too much red meat is unhealthy. They eat a lot of fish and vegetables. It’s just a thing everyone knows. Eat good food. Simple.

Third, exercise is just part of life here. My first time climbing a mountain in Korea I was so ashamed of myself. I was huffing and puffing up the hill while old women and old men passed me by; jogging to the summit. When I finally got up there, I thought it would be nice to sit down. But low and behold, there is public exercise equipment at the top of mountains here, and folks actually climb a mountain, and then do resistance exercises at the top! They also tend to walk to the store and carry groceries home. And, there are stairs everywhere. Like, all over the damn place. And it’s not a thing anyone thinks about. Exercise is just part of life.

There’s a lot more to it than just these things, but you get the idea. The whole concept of healthy living is just so different here. Instead of juice cleanses and diet fads, people just eat less food and exercise more. And they all look skinny and healthy. 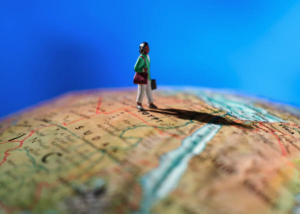 Travel: So of course the public transportation is amazing and it’s really easy to get anywhere in the country by high-speed train, subway, and bus. So within the country travel is definitely not a thing that requires a car, and that was a big change for me.

However, it’s also a small country next to a lot of other countries (please let’s leave North Korea out of it.)

Because other places are so close, it just doesn’t seem like a big deal to pop over to Europe for my vacation. In the USA other countries always seem so far away, and it seems like a huge expense and effort to go somewhere new. I guess we are so big that you could spend your whole life just traveling the US seeing the world’s largest frying pan or ball of twine, and stopping off at National Parks to enjoy the nature.

Living in a smaller country, Japan is totally a viable weekend plan. And I did actually go to Tokyo last time I had a long weekend. It was a blast. And it was a short flight and not very expensive. And of course, because I get paid a living wage, I can afford to travel. That’s a big part of the reason more US folks don’t travel, of course. When you have to work three jobs just to live, a vacation seems out of the question.

I actually feel really snobbish and don’t want to talk to people back home about what I have been up to. I ask them, and they say “Oh you know, just working at the insurance company during the day and the bar at night, like normal.” And then they ask me, and I have to lie because I can’t bring myself to say “I popped over to Japan for the weekend and I am planning a trip to France for my vacation this year.” 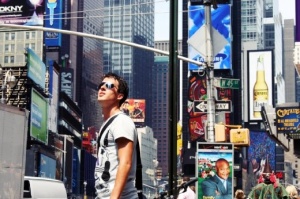 This really doesn’t even begin to cover it. I can’t actually describe what it’s like to live in a different country, have a different set of holidays, and be exposed to different values and ideas. It’s far more than I could ever describe. It’s a million tiny differences in how you pay your bills and do your banks, and a million huge difference like seeing kids alone on the subway (because that’s safe here.) It’s just so much difference that it’s impossible to cover it all.

And then, of course, in some ways it is the same. I still go to work, go out drinking, and go home at night. I still have friends that I make plans to go out with, and projects that I work on in my free time. I still date and fall in love and so all the things that people do anywhere. And so in some ways, life is life, no matter where you live it.

I do hope that helps answer the question of what it is like here. I don’t think it does, but I gave it my best effort.