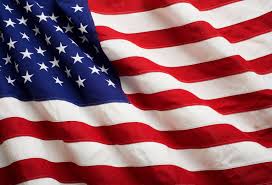 I talk a lot about the problems facing the USA as a country, because I want us to strive to be better.

There are a lot of problems, from a political system that doesn’t represent the people to corporate welfare, discrimination, and the militarization of the police force. There is the matter of private prisons which are basically forced labor camps, the growing rate of income inequality, and the highest rate of children growing up in poverty in all of the developed world. And of course, there are the guns.

We are not a perfect country.

So today, I want to take a moment to appreciate the things we do right.

I am thankful for pizza, which was actually invented in the USA in the form we know it now (the thing in Italy was more of a cracker with tomatoes on it.)

I am thankfully for fortune cookies, which were invented by Chinese immigrants in San Francisco to help sell their food to their fellow Americans.

I am thankfully for Fry Bread, which is a favorite on reservations nationwide because the white people gave us flour, and we made it better.

We as a nation are a melting pot of ideas, and although we have problems that often seem insurmountable, we also have unique things that you only find when you mix a lot of different cultures together.

Sure, you see immigrant populations in other countries. But the exchange of culture and ideas in the USA is on a larger scale, and has produced more shared culture than in other places. It is often said that we don’t have a culture that belongs to our country; but rather a bunch of cultures that are all separate. This isn’t true. I am only half Blackfoot (my mom was a Generic White Mix.) And most of us are so mixed up that we have to talk about it in terms of “I’m one 32nd English, and one 32nd German, and one 32nd Scottish, and one 32nd Chinese…”

And we have lost our original cultures. For the most part, there are not a lot of pure-blooded Scotsman running Highland Games and speaking Gaelic. Instead, there are mixed race people with the memory of being Scottish, but with a language and culture that is American.

A lot of us do have parents like my mom who are “Generic Mix” people.

She knew that a long time ago her family was immigrants, but keeping track of all the blood from all the countries was too much. She was white, but a mix of European ancestry rather than a specific white culture from Europe. She didn’t pass down any European culture to me, and her parents didn’t pass any down to her. A long time ago they were some people from some countries where folks are white, but they became American. That is all the culture they have now.

The cultures that people come from fade over time.

Even on my dad’s side I am Blackfoot, but the tribe would call me an “Apple” (meaning that I am red on the outside but white on the inside.) This is because he was in jail when I was growing up, and then he died. So, I never got to learn about Blackfoot culture as a child. I had to learn on my own later. It was not a culture passed down to me, but rather something I studied academically. More and more Native Americans are like this, and so we too are losing our culture one child at a time.

And we are becoming something else.

We are becoming American. And America does have a culture. It’s fortune cookies and pizza and frybread, and it is good.

In spite of the problems that we face as a country, today I want to be proud of the good things, because there are good things.

And anyway, now that I am outside the culture I sure see it more clearly. I am the loud one at the pub. I speak with hyperbole. I say nice things that I don’t mean because I was taught that it is how people are supposed to act. And in all those ways, I am very American. You can take the American out of the country, but not the country out of the American.

We may be crazy, but in many ways, we really are a united tribe.