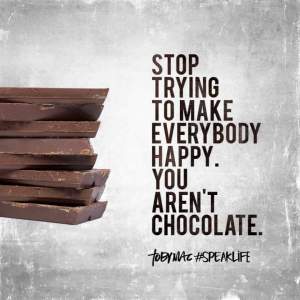 Now that the media has decided to consider Hillary Clinton the Democratic Nominee, everyone keeps pushing me to “fall in line.”

First: I changed my registration to Democrat only so I could vote for Bernie Sanders in the primaries. I have always been an Independent, and I have already sent the form to change my registration back now that I voted. I owe no allegiance to the Democrats (nor would I want to); particularly now that they have made what I see as a fatal error in judgement.

Second: I refuse to buy into the rhetoric that “you have to chose the lesser of two evils or else.”

That may have been true in previous elections when less than 20 percent of registered voters were Independents, but it’s not true anymore. These days a full 43 percent of all registered voters in the USA are Independents, and that number is sure to grow now that Democrats have decided to crown the least likable candidate. There are quite enough of us to not only sway the vote, but completely alter it if we choose.

Third: I don’t think a two party system is healthy. The US has gone through a variety of parties over our short time as a country, and I don’t think the ones we have now are any good at all.

I will be voting for Jill Stein. I don’t agree with everything she thinks. She is an anti-vaxer and I find that chillingly stupid. However, she has never voted to unjustly invade a country, nor is she a crazy racist. You have to pick your battles. As far as this battle goes, she’s got an excellent plan to introduce more green energy alternative, is socially liberal, and is against war in all forms. That’s the girl for me!

Yes, some of my friends are really mad. Some have refused to speak to me over my views. And that is sad, because if you want to bring someone around to your way of thinking, there is nothing less successful than yelling “FALL IN LINE RIGHT NOW!”

You catch more flies with honey.

So anyway, I am not chocolate. I can not please everyone.