I am eating better food than you if you are reading this from the US. And, since this is Angry Rants for Average Americans, I imagine you are probably in the US right now.

Why am I eating better food?

Well, that would be because the US has a corrupt farming industry. I have complained before about how the farming industry is disgusting for relying on immigrants rather than paying a living wage to citizens.

But worse than that, they don’t even produce good food.

Strawberries in South Korea are amazing. Seriously, they taste like heaven. Breads, meats, vegetables; everything is better outside of the USA. I couldn’t believe how amazing the food was in Europe.

I am not the only one who has pointed this out.

The main problem with fruits and vegetables in the US is that the American farm industry prizes size and shape over flavor. You don’t even get a choice at the store. It’s not like there are two bins, and one has the tiny snarled looking peaches that taste better than anything you can imagine, while one bin has big peaches that are perfectly round.

There is only the bin with the large, perfectly round peaches.

And they taste mealy and have very little flavor.

I don’t know why this is. US companies claim it is based on “market research,” but I can only guess it is actually because the most aesthetically pleasing fruits and vegetables tend to also have better structural integrity (read: they travel better.)

Another factor to consider is that the FDA lets Americans eat things that are illegal in other places. Red Dye 40 is banned in France because studies have linked early consumption of the dye to ADHD. But if we let the FDA ban harmful chemicals and things, companies might get upset about having to change their processes.

And the end result of all of this is food that tastes bland or is really bad for you.

The strawberries in the US look so good, but they taste of nothing but empty promises and disappointment.

I should note that I am not against Genetically Modified foods. When it’s done through selective breeding that is about as natural as you can get. And though it is rarely done through gene editing, I am not against people looking into that. Drought-resistant corn has saved uncounted thousands all over the world. That was a great advancement even if it is an example of “GMO food.”

So this isn’t some hippy rant about how we should eat all-natural things. It’s about the fact that Americans have accepted fruits and vegetables with no flavor, breads crammed with gluten and preservatives, and other disgusting shit that the rest of the world has not accepted.

And that’s why the food I am eating right now tastes better than anything you have ever eaten in the US. 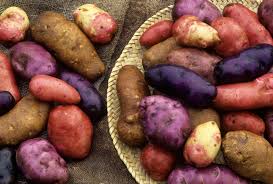