There are quite a few schools of thought on the US.

Some folks only know about the United States because they sometimes watch American movies and TV. They think Americans are skinny and pretty and produce lots of waste.

Some folks are more educated. They watch the news, and they know about our unjustified killing of civilians in other countries, and our military occupation of lots of places. These people hate us, because they think we are all war-mongering killers.

Then there are those who really read up on the US. They know we have the highest rate of incarceration on Earth. They know our schools are ranked with the Second World, because all First World countries dramatically surpass us in education. They know that many of our people don’t have access to healthcare, and that the US has a lower quality of care unless you are super-rich. And, they see how low are wages are and how high our cost of living is, and they are filled with pity. Most of them don’t even know that vacation time is not mandatory in the US, but they are horrified when they hear it. And none of them believe it is so bad that there is no mandatory maternity leave. They are sure I am exaggerating about that.

There is literally no one I meet who knows how bad it really is.

Other expats I meet from various countries like Australia and England absolutely refuse to believe that we fall asleep to the sounds of gunshots and sirens in the ghetto. They think I am putting them on or trying to make it sound like a bad movie.

To me, my life is just another life in a bad part of town in Anywhere, USA. It’s unremarkable.

And yet, to those from more civilized places, it is so unthinkable that anyone could live so badly, that they literally accuse me of making it all up.

I show them that website with the people of Wal-Mart, or send them links to documentaries, but they just tell me that Americans are known for hyperbole and it’s inconceivable that anyone would ever stitch up the head wound of a friend who didn’t have insurance and couldn’t afford and ER bill. (I have actually done this.)

It’s crazy that it’s so bad that I can’t actually get people from other countries to believe that my life is real. 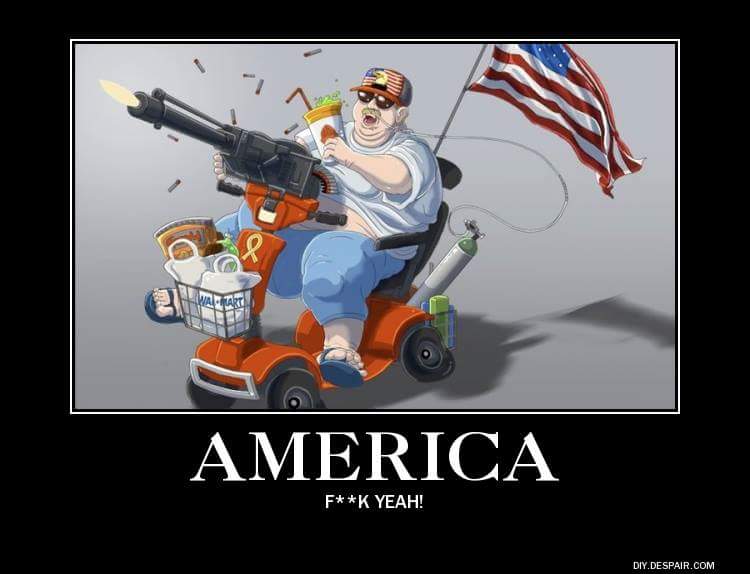