When adjusted for inflation, wages in the US are going down.

Donald Trump claims this is good, because it means that we can “be competitive with China.” First, that’s terrible because at least those hard-labor jobs in China come with housing. In the US workers still have to pay for rent! But it’s worse because Trump doesn’t understand how successful economies work.

Now, to a CEO this might seem good. If wages are so low that most people are living in abject poverty, that means that they should be able to get lots of really cheap labor, right?

However, these folks have been taught the lie that is “trickle down economics.” This is the idea that if there are lots of very rich people, their wealth will eventually trickle down to the poor folks like so many bread crumbs falling on the floor for the dog to lap up.

The US GDP is holding on because of speculative investing, but it isn’t going to last long. All those immaterial things are just so much imagination, and it’s the kind of thing that can evaporate overnight. Our economy is no longer based on the manufacture and sale of goods. And of course, that is the only way to have a real, stable economy.

So, the US is in a lot more trouble than most people realize. 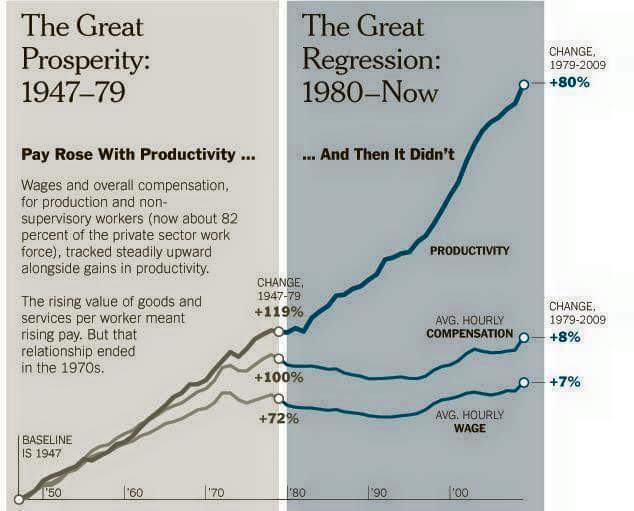