The United States is having a huge resurgence of hate groups, and of anti-government groups. I guess that since this has happened during the Obama presidency, we can go ahead and attribute it to racist white people feeling threatened by the black President we have in office.

I feel obligated to warn you guys of something: The USA has the biggest military in the world. Seriously, the US is currently occupying more countries than any country has occupied in all of history.

So look; you can’t topple the US government with your little militia. I know your guns make you feel very important, but as every country we have bombed can tell you, a gun is no good against a drone or an F-16.

Pakistan has been under fire since 2001 for basically no reason, and the child who spoke about it to Congress explained that they are afraid of sunny days, because drone can bomb on sunny days. Clouds inhibit their function, so there is less death rained down on them on cloudy days. (By the way, if you click the link to that child’s testimony you should be prepared to cry, because war is awful and we are currently murdering a lot of civilians “by accident” in Pakistan.)

So the point is: you have no chance. You are going to need to take over the government through the political process. It won’t be easy, but the truth is, the US is the biggest military empire in history, and your militia can’t take down something that big.

So please, stop with the hate groups and the talk of overthrowing the government by violence, and start getting realistic. You’re going to need to stop hating each other and all work together if you are going to succeed. 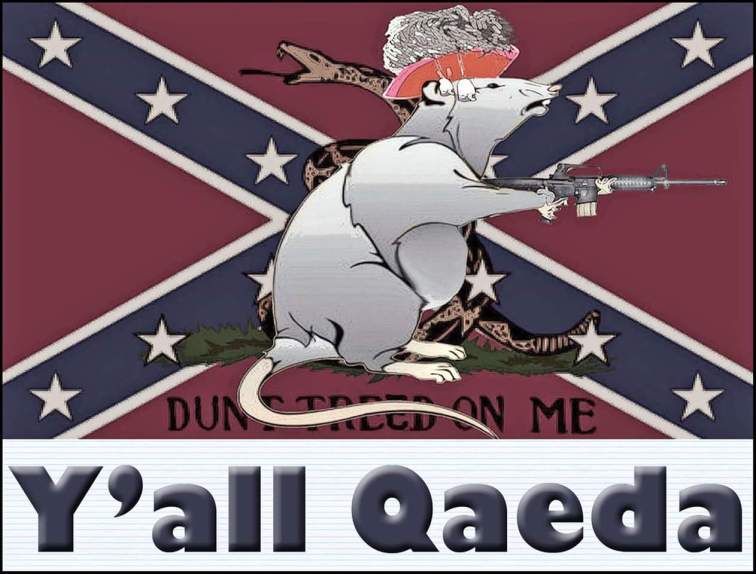